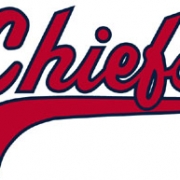 Lexington – The Andre Chiefs snapped a four-game losing streak behind the complete game effort by Tim Dunphy and defeated Lexington 6-2 in the second game of the Day of Baseball.

The Chiefs. 5-6, continued the visiting team scoring first run as the Chiefs scored at least a run in the first three innings of the game.

Erik Ramirez, who was making his Chiefs debut, doubled with one out in the first. He stole third and came home on the throwing error by Blue Sox backstop John Puttress.

Lexington, 6-4, quickly got the run back in the bottom of the first when it number two hitter, Ross Curley, hit his first home run of the 2018 on a blast the cleared the fence in center.

The Chiefs came right back scoring three runs in the second inning. Levi Ventura and Kyle Dembrowski singled to start the rally. Nate Witkowski followed with an run-scoring double to center and the Chiefs were on top again, 2-1. Dembrowski scored on a sacrifice fly to left by Tony Serino and Witkowski came home of Ramirez’ second double of the game.

Dembrowski and Shane Stande each had a run-producing single in the third to give the Chiefs a 6-1 lead.

Dunphy continued to be efficient as he threw 38 pitches through the first four innings, but only had one 1-2-3 inning in the fourth.

The Chiefs veteran lefty improved to 1-1 on the 2018 season. He scattered six hits, walked none and struck out three.

Lexington added its final run in the seventh when pinch-hitter Ernesto Larra reached on a fielding error. He stole second and moved to third on an infield out. Larra scored on John Barry’s sinlge to account for the final score.

Ramirez, Ventura, also scored twice, Dembrowski, and Witkowski each had two hits for the Chiefs.

The win was the sixth straight on the Day of Baseball for the Chiefs, as they improved to 6-1 since 2006.

Tweets by iclbaseball
Day of Baseball Game One. Melrose 9, Medford 3