You are here: Home1 / Melrose Americans 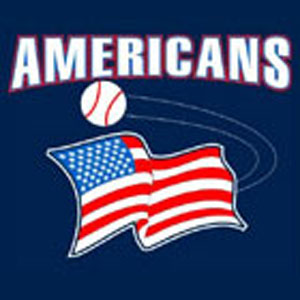 After 45 uninterrupted years calling Playstead Park in Medford home, the Americans moved to brand new Morelli Field in Melrose in 2013. Looking to return to the new Morelli Field a team that would bring a top-notch and entertaining brand of baseball that the old Morelli Field hosted when it was the home of the Rams in the 1980’s and 1990’s, the City of Melrose chose the Americans to be that team

Following the 2004 season, the Medford Mustang franchise, a fixture in the Intercity League for 35 years, underwent a name change to Americans. The Americans played their inaugural ICL season during the summer of 2005.

Players earning a place on the Americans’ roster are those who approach and play the game of baseball one way, the American way. Playing the game the American way means that a player is a winner. A winner who is an exceptional teammate, has fun playing the game and who, at all times, respects the game of baseball; running out every grounder to the pitcher and every pop-up, hustling at all times, and being unable to conceive of playing any other way. It means he is a team player who makes a full three month commitment to the Americans and practices as hard as he plays. Americans are expected to show the proper respect to umpires and opponents, as well as to fans in attendance at games, and to represent the Americans positively, both on and off the field.

The Americans’ organization is committed to continuing a tradition of baseball excellence in the city of Melrose, Massachusetts. The Americans’ goal is to win championships and to field a team that year in and year out will continue to make a night watching Intercity League baseball being played on Morelli Field in Melrose, MA a can’t miss event for the many loyal fans who follow the team.

The Americans are also committed to providing select players the opportunity to play top-notch amateur baseball during the summer and challenging those players to improve their skills and baseball intelligence over the course of the Intercity League season.

The owner and manager of the Americans is Kevin Burgoyne, a veteran of twenty-four years as a player in the league and manager of the Medford/Melrose Intercity League franchise since 1994. Orazio Azzarello, who joined the team as a LHP/CF immediately following his final game as captain of the 1995 Medford High School Mustangs, serves as the team’s pitching coach.

Fielding a team in the Intercity League comes at substantial cost. The Americans survive on donations and any and all are greatly appreciated. To discuss sponsorship opportunities, please send an email to americansbaseball@comcast.net