You are here: Home1 / Andre Chiefs 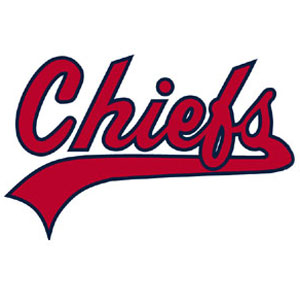 The Chiefs’ name and outstanding baseball tradition have been synonymous since 1957. Carrying the Hosmer Chiefs name from 1958 to 1984 and the Andre Chiefs banner from 1989 to the present, the Chiefs have maintained a consistent atmosphere of professionalism and winning.

The Championships – Through the years the Chiefs have brought 19 baseball championships to the City of Medford, Massachusetts, including the 2012 and 2014 crowns. They have won 24 Suburban Twilight League or Intercity League pennants. Remarkably, the Chiefs have recorded a winning record and have made the playoffs in 52 of their 54 summers of playing baseball.

The Staff
Chuck Andre-President & General Manager (Boston College) Chuck completed his 28th year as manager in 2018. He stepped away from the dugout in 2019 to focus on the Chiefs’ General Manager duties. Since 1989, he has a career managerial record of 659-365-69, piloted the club to 25 playoff appearances, 10 regular season pennants, and six Intercity League Championships. He won his 600th career game in June of 2016. A former right-handed pitcher, Andre played for the Chiefs in the 1970’s & 1980’s. He has missed the ICL postseason just three times as a player or manager in 36 Intercity League seasons. He was inducted into the Medford High School Hall of Fame in 1995.

Steve Gambale- Coach (University of Maine) Retired as player in 2017. He has been with the organization for nearly two decades, earning the starting shortstop position right out of Medford High School in 2000. Spent a number of seasons on the Medford High Coaching Staff, he served as the Chiefs manager in 2019. Played his college baseball for the University of Maine Black Bears.

The Chiefs organization suffered a major loss in April of 2017 with the passing of longtime Bench Coach Steve Calabresi.

The Tradition– The Chiefs baseball tradition runs deep, as sons have followed their fathers and grandfathers in wearing the uniform. Over the years, playing for the Chiefs became a sandlot baseball fantasy place where batboys became players, ball boys became major league pitchers, and many became baseball legends. As former manager Joe O’Donnell (1968-1981) said at a Chiefs reunion banquet, “once a Chief, always a Chief.” Still today, Chiefs’ players from decades gone by return to watch their team play. There always seems to be a former Chief or two in the crowd.

Alumni– Through the years, Chiefs mystique, championships, and professionalism, has remained constant. Almost 600 semi-professional ballplayers at one time or another have worn the Chiefs uniform. It is estimated that over 120 of those players at some point signed a professional baseball contract. Two former Chiefs have even appeared in the World Series, Mike Pagliarulo with the Minnesota Twins in 1991 and Kevin McGlinchy with the Atlanta Braves in 1999. Pagliarulo returned to Chiefs as a member of the 2016 Coaching Staff before being named Hitting Coach of the Miami Marlins prior to the 2017 season.

Morelli Field, Melrose, Massachusetts– The Chiefs also play some games at Morelli Field which is located on the Lynn Fells Parkway.