You are here: Home1 / Andre Directions

NORTH VIA INTERSTATE 93:
Follow Interstate 93 South to the Exit 32 interchange (Medford Square-Malden, Route 60), and follow Route 60 East for about 3 miles, going through Malden Center. About 1 ½ miles beyond the Malden MBTA station, and opposite the Gans Tire Company factory, take a right onto Crystal Street. Malden Catholic is directly ahead at the turn in the road
FROM THE WEST AND SOUTH:
Follow the Massachusetts Turnpike or the Southeast Expressway to the Fitzgerald Expressway. At the end of the Expressway, take 93 North (Lawrence-New Hampshire) to Route 60 in Malden, following directions stated above.

Follow US Rte.1 over the Tobin Bridge to Sargent Street, Revere exit. At the end of the ramp take a right. Proceed beneath overpass to Washington Street, take a right onto Washington Street, then take a quick first left onto Fuller Street until it ends. (.7 mile), take right onto Lynn Street, and a quick first left onto to Estes Street. Turn right on Broadway, Everett (Route 99). Directly ahead is Broadway Plaza. Go through the parking area, bearing toward the right.. Malden Catholic is the yellow brick building directly ahead. This is the back of the school building. Drive around the building to the front lobby.

FROM THE NORTH VIA ROUTE 95 AND ROUTE 1:
From Route 1 South, about 2 miles beyond the Hilltop Steak House, take right fork onto Route 99. Signs say “Malden-Everett”. Follow 99 through three sets of lights (3 miles). At the fourth light, at the Hess Gas Station, turn right onto Eastern Avenue. A half mile farther, at the intersection, turn onto Maplewood Street. Malden Catholic is directly ahead of you 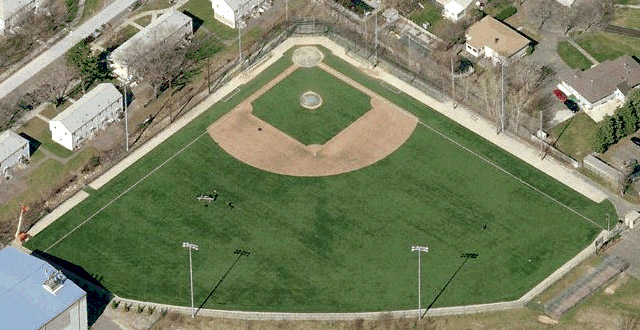 At the light at Route 28 (Main Street) turn right.

At the next light about ¼ on Main Street, turn left onto Franklin Street.

Pass Stoneham High School on the right and stay left on Franklin Street as Perkins bears to the right.

Take the first left onto Melrose Street. The High School is on the right. 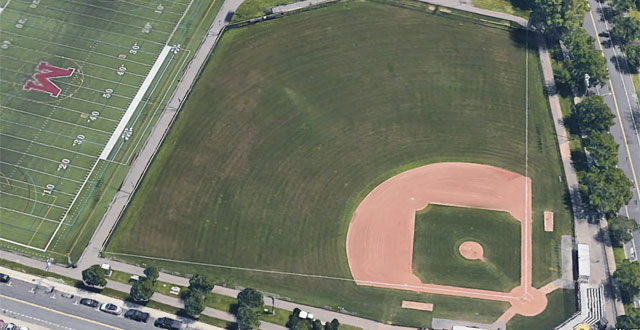