You are here: Home1 / News and Notes2 / Frank Andre Services 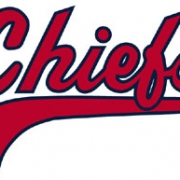 Frank Andre, age 94, a longtime resident of Medford, passed away peacefully, September 21, 2016.  He was the beloved husband of Norma (Luongo) Andre and together they shared seventy years of marriage. Born in Worcester he was one of five children of the late Michael and Phyllis (DeRosa) Andreottola.
Frank was raised and educated in Medford and was a graduate of Medford High School. Frank was a prominent local businessman and a true entrepreneur enjoying success in different business ventures. He owned and operated the Medford Cinema for many years as well as Andre Construction Company Inc., which built hundreds of homes in Medford in 1950’s and 1960’s. He also loved thoroughbred horses, owning and operating the Andre Stable for many years that had a string of horses that campaigned at New England racetracks. However his greatest joy was his family. He was an avid sports fan and he cherished being the number one fan of his son and then two grandchildren whenever they were participating in different sports over the years. He especially enjoyed being a fan of his son’s semi-professional baseball team, The Andre Chiefs of the Intercity League.
In addition to his beloved wife, Norma, Frank is lovingly survived by his devoted son, Chuck Andre and his wife Kathy of Medford. He was the doting and loving grandfather of Michael Andre and his wife Gwen of Medford, and Carla Andre of Medford. He was the cherished brother of Lena Mills and her husband Frank of Medford, the late Frances Belmonte, Anthony Andre and Nicholas Andreottola. Also survived by many loving nieces and nephews.
Funeral services will be held from the Dello Russo Funeral Home, 306 Main St., MEDFORD, Monday, September 26th, at 9:00 AM followed by a funeral mass celebrated in St. Francis of Assisi Church, 441 Fellsway West, Medford, at 10:00 AM. Relatives and friends are respectfully invited to attend. Visiting hours at the Dello Russo Family Funeral Home will be held on Sunday from 3:00 thru 7:00 PM. Services will conclude with burial at Oak Grove Cemetery, Medford. To leave an online message of condolence please visit www.dellorusso.net
https://secureservercdn.net/104.238.68.196/ov1.4bc.myftpupload.com/wp-content/uploads/2020/07/chiefs300.jpg?time=1624082986 193 300 iclbaseball https://secureservercdn.net/104.238.68.196/ov1.4bc.myftpupload.com/wp-content/uploads/2016/05/logo_bar.jpg iclbaseball2016-09-21 20:31:182020-07-16 16:10:06Frank Andre Services 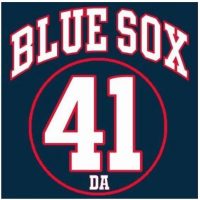