You are here: Home1 / News and Notes2 / ICL Hall of Famer Arthur Hartung Passes at 85 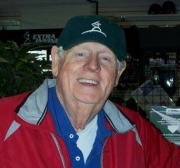 Intercity League Hall of Famer and well known hitting instructor Arthur Hartung passed away at the age of 85 on Wednesday morning surrounded by his family. Arthur was inducted into the ICL Hall of Fame in 2011.

Services for Arthur are as follows. His full obituary appears at the end of this post.
Visiting hours at the Anderson Bryant Funeral Home, 4 Common St., Stoneham on Monday, October 1st from 2-4 pm and 5-8 pm, and again on Tuesday for his Funeral Service celebrated at 10am at St. Patrick Church, 71 Central St., Stoneham. Interment will be private.

His daughter Alison posted these fitting words yesterday;
“With a heavy heart and a small amount of relief, I announce the passing of my father, Arthur, at approx 3:30 this morning at 85 years of age. His children and extended family had maintained a two day bedside vigil and he was with several of his children when he passed peacefully. He did not invent anything, make millions or become a CEO, but he was in many ways a remarkable man. Generous to a fault, playful, humorous, and supportive of not only his family but our extended family of friends. Our house was the ‘go to’ place in the neighborhood but was also a sanctuary at times for many of our friends growing up. His early days of pro baseball, love of sports and children translated into a sideline as a batting coach and he was responsible for hundreds of kids getting sports scholarships. His schedule as a teacher allowed him to attend all his childrens sporting events and he and my mom were always involved and always our biggest boosters.

He was inducted into the Intercity League and Boston Parks League Hall of Fame, played for the Brooklyn Dodgers and Cleveland Indians and would’ve made the ‘bigs’ if not for a re-injury of a jeep accident while on active duty during the Korean conflict. He would lament later in life about not getting his shot at the majors but then we would remind him that if that had occurred ,we would not be there ( I’m not always sure he felt that was a fair trade off!!) He later became a ping pong champion as well.

He was far from perfect but he was a good man, a good father, a good husband and one of his few flaws was that he sometimes measured his worth by the size of his wallet. But his children, extended family, and those who knew him or were affected by him received a wealth that knew no bounds. My mom and dad had a great love story thru all their struggles and now they are united once again but we do and we shall miss them.”

ARTHUR HARTUNG OBITUARY
Arthur Albert Hartung, resident of Stoneham for 58 years, died Wednesday, September 26, 2018 at the VA Hospital in Bedford. He was 85.

Arthur was born in Long Island, NY on April 17, 1933, only child of the late Arthur Hartung, but was raised by his mother Claire and his stepfather, William Riley. He moved to Dorchester Massachusetts when he was two. A 1951 graduate of Brighton high school, Arthur was an all scholastic selection in both baseball and basketball. One of the pre-eminent hitters of his time, not only in the Boston City League, but also in Greater Boston, Arthur first played professional baseball with the Cleveland Indians organization and later with the Brooklyn Dodgers organization. Pro ball was interrupted when he was drafted and served in the United States Army serving from 1953-1955 as a corporal and medic during the Korean War. During that time he played on the Fort Sam Houston Baseball Team.

Following his military service, Arthur enrolled in and obtained his bachelor’s degree from Northeastern University. He went on to get his master’s in education. He embarked on a successful teaching career in Woburn High School for 32 years. Arthur was a feared hitter in the Boston Park League, still holding several Park League records including the longest and second longest home runs and being the only player to hit a home run in every Boston Park League park. He was inducted into the Boston Park League Hall of Fame in 1987. Arthur was a mainstay for the Wakefield Merchants Baseball team and he was inducted into the Intercity League Hall of Fame in 2011.

A great player for sure, but Arthur’s lifelong pursuit was teaching hitting to junior high school, high school, and college players. Arthur worked with hundreds of students, and well over 100 of his students went on to play college baseball or softball, several went on to be All Scholastic and professional players. They came from all over to be instructed by Arthur Hartung because he was among the best teachers around.

He used his baseball skills to also become the New England Ping Pong champion in singles and doubles for at least 12 years.

Arthur and Mary were the number one fans and supporters of their family’s activities, from their children to their grandchildren, attending plays, recitals, and games. They welcomed everyone into their home, and their goal with coaching and life was to steer kids in the right direction.

Arthur’s sense of humor most of all will be greatly missed by those he touched throughout the years.

Arthur was the beloved husband of the late Mary Jean (Snow) Hartung with whom he shared 45 years of marriage. Devoted father of Ellen Faulconer and her husband Ken of Kingston, NH, Christopher Hartung and his wife Joanne of Melrose, Alison Hartung and her wife Mary of Sandown, NH, Amy Lowe and her husband Robert of Westford, and Andrew Hartung of Stoneham. Cherished grandfather of Adam Faulconer, Nick Faulconer, Janille Hartung, Katie Lowe, Rachel Hartung, and David Lowe.

Relatives and friends will gather in honor and remembrance of Arthur’s life during visiting hours at the Anderson Bryant Funeral Home, 4 Common St., Stoneham on Monday, October 1st from 2-4 pm and 5-8 pm, and again on Tuesday for his Funeral Service celebrated at 10am at St. Patrick Church, 71 Central St., Stoneham. Interment will be private. Those desiring may wish to make a memorial tribute in Arthur’s name to the Wounded Warriors Project at https://www.woundedwarriorproject.org/.