You are here: Home1 / News and Notes2 / In Wednesday night action Lexington defeats the Chiefs

Malden – Lexington scored five runs in the fourth to break open a 4-0 game and defeated the Chiefs 9-3 in a game played at Maplewood last night. The game was called at 10:30 in the bottom of the seventh when the lights went out. The Chiefs had scored twice and had runners on the corners with one out when the game was called.
Will Potdevin capped off the fourth with a three-run inside-the-park home, his first and the teams first of 2021, to give the Sox a 9-0 lead.
Julian Alvarez was 3-for-3 with two RBI and Josue Feliciano was 2-for-2 with a walk and three runs to lead the Blue Sox.
Ryan O’Rourke, 3-0, pitched five innings giving up two hits, a run, 12 strike outs and walked six.
Ryan Noone, who pinch hit in the fifth, drove in two runs for the Chiefs. His two-out single in the fifth drove in Graham Smith to break up the shutout bid. In the seventh He doubled to score Nick Valdario with the last run of the night.
Chiefs starter Tim Dunphy, 0-2, took the loss. In three innings of work he gave up seven hits, four runs, walked 2 and struck out two. 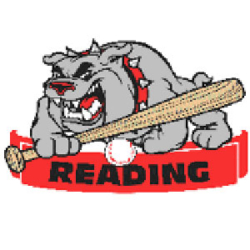