You are here: Home1 / News and Notes2 / Royals Win Two on Sunday

The Somerville Royals won both ends of a three team doubleheader that was played at Walsh Field in Wakefield on Sunday. The Royals shutout the Wakefield Merchants 8-0 in the opener and then took the nightcap 9-4 over the Reading Bulldogs.

In the first game, the Royals got two hits each from Sean Cameron, Adam Johnson, and Luke Ronchi, to back the six-hit pitching of Soren Hanson (4-0), and lead them to the 8-0 win over the Merchants. Scott Searles and Dillon Koster had two hits each for Wakefield.

In game two, Jonathan Richard went the distance to even his record at 4-4. Brian Campbell and Sean Harrington led the Royals’ offense with three hits each. Zac Talis had two of Reading’s six hits. 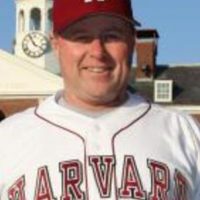