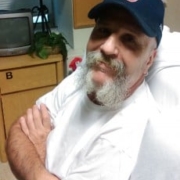 John “Pancho” Webb, a star with both the Hosmer Chiefs and the Medford Mustangs in the late 1960’s and 1970’s, has passed away. He was scheduled to be inducted into the Intercity League Hall of Fame.

Pancho was drafted by the Red Sox and spent time in their minor league system. He is member of the Medford High Hall of Fame where he was a standout infielder, hockey player, and a place-kicker/wide receiver on the 1967 MHS Class A champion undefeated team.

Pancho’s obituary is below:
John J. Webb a life-long resident of Medford passed away unexpectedly at home on January 17, 2022. He was 70. He graduated from Medford High School, Class of 1969.
John was born in Lynn, the cherished only son of John T. and Anna E. (Galanti) Webb. Survived by his sister Karen Saporito and her husband Richard of Wilmington, MA. Uncle of Nicholas Saporito and his wife Tamara of Medford, Jessica and Dan Kretzenger of Tewksbury and Michael and Kristen Saporito of NH. Great-Uncle to Sophia, Bella, Charlie, Thomas and Tessa.

John who was known to many as ‘Pancho’ was raised and educated in Medford and played sports throughout his life. He was a star athlete, especially with the Medford High Mustangs Baseball team and was inducted into the Medford High School Hall of Fame.

John relocated to Florida for a short period when he was drafted by the Boston Red Sox Farm Team; this was such an exciting time for him and quite an accomplishment. Soon after, Major League Baseball went on an extended strike and all the rookies were released. John then returned home to his family in Medford.

John took a job with the Boston Housing Authority for several years and he continued to follow his favorite Boston Sports Teams.
At John’s request all Funeral Services will be private.