John Jennings and Pat Costigan combined for 10 RBI’s when the Melrose Americans outlasted the Andre Chiefs 13-12 in a nine inning slugfest at Maplewood on Thursday night. Jennings (3-4) had two homers and six RBI’s and Costigan (3-6) had a single, double, triple, and four RBI’s. Noah Jankowski (3-5) chipped in with a single, two doubles, and an RBI. Andrew Caulfield smacked two homers, Mitch Schroeder connected for his second round tripper of the year, and Ryan Noone had a 4-6 night with two doubles for the Chiefs. Bobby Tramondozzi (2-0), the sixth Melrose pitcher of the night, worked the final three innings to get his second win of the campaign.

It was the Ryan O’Rourke show in Lexington when the Blue Sox blanked the Malden Maddogs 18-0. On the mound O’Rourke raised his season record to 7-0 striking out 13 batters and allowing just three hits in six innings. At the plate O’Rourke paced the offense with a 4-5 performance that included a double and three RBI’s. Josue Feliciano hit his second home run of the season and Dahiandy Johnson enjoyed a 3-3 evening to lead Lexington’s 22 hit offense.

On Friday, the Blue Sox and Maddogs meet again, this time at Maplewood at 8:00 PM, and the Americans visit the Middlesex Expos at Trum Field at 8:30 PM. 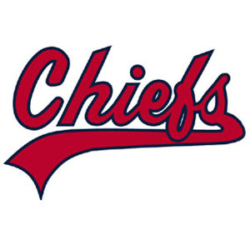